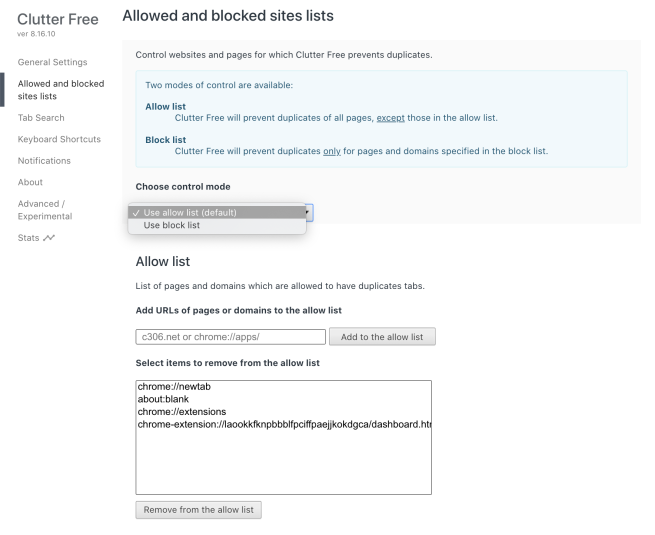 Clutter Free now supports two modes of controlling which sites and pages are allowed to have duplicates:

The old whitelist feature is replaced by the allow and block lists. The whitelist entries have been added to the allow list, and allow list is enabled by default. 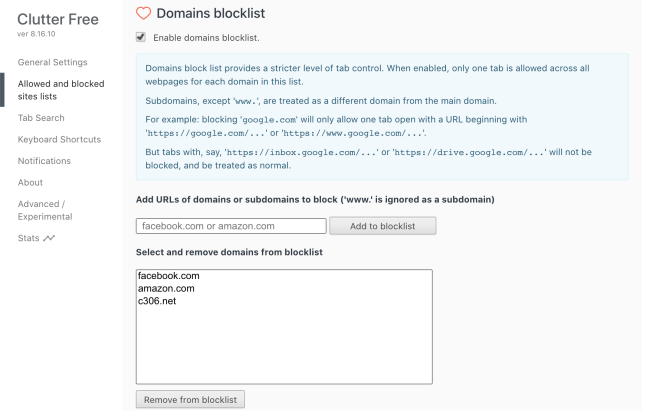 The domain block list considers subdomains, other than www., as separate from the parent domain and each other. E.g. blocking ‘mail.google.com‘ will prevent opening multiple Gmail tabs, but won’t prevent opening Google Sheets or Search in another tab.

The domain block list is now a supporter-only feature. Non-supporters who have it enabled at the time of this change will still be able to use it.

Bug Fixes and other updates

Please share your feedback, including suggestions and any bugs you find using this link.

Do you like Clutter Free? Show the value it brings by joining to become a supporter.

Get Clutter Free on the Chrome Web Store